Once again we had two really great whale watching tours out in Steingrímsfjörður in the Westfjords. On both tours we got to see long-finned pilot whales first as the milled around inside the fjord. Then out with the humpbacks we got to see some old friends that have been in the fjord for over three weeks now, as well as some new tails and a returning favourite! The whale ‘Example’ was back in the fjord after an absence of a few weeks, a whale we got to see a lot at the beginning of the season in June. A new whale in the fjord looks like it narrowly escaped an orca attack when it was younger with many ‘rake’ marks from the teeth of orcas on its tail (see photo). Darwin and Torch are still together, and were two other whales on the morning tour, including one with a beautiful tail that looks like it is covered in tattoos! You gotta love humpbacks! Judith (Tour guide) 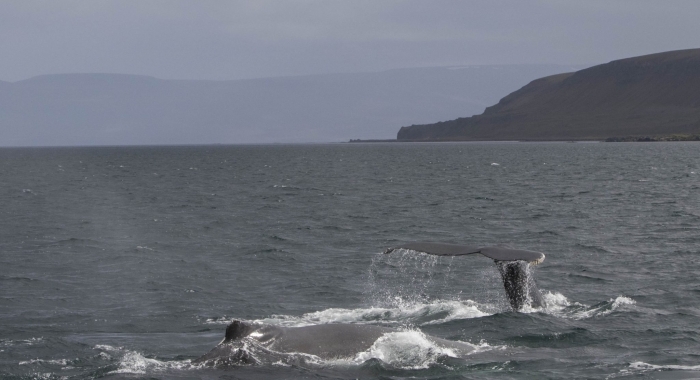 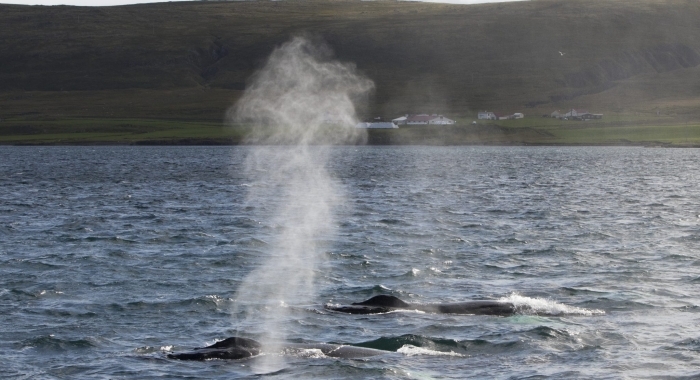 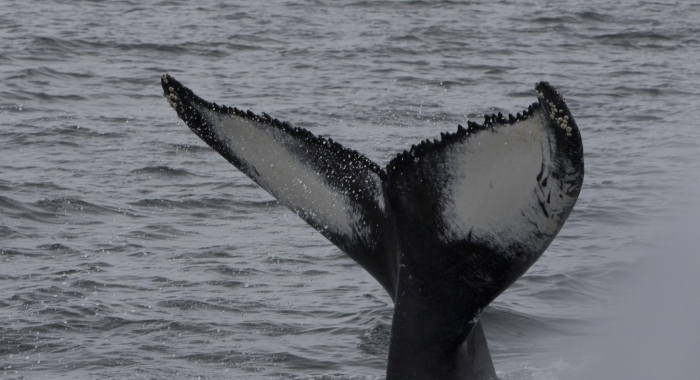 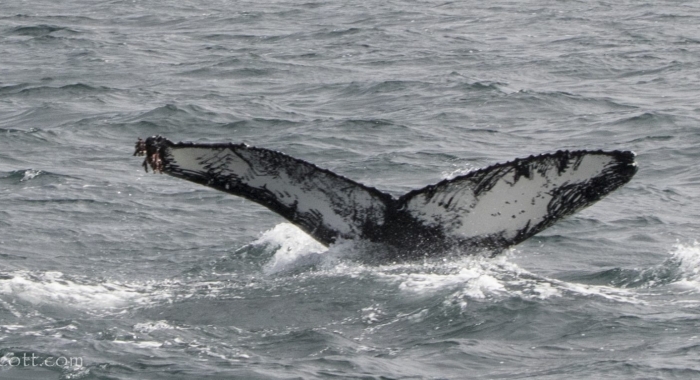 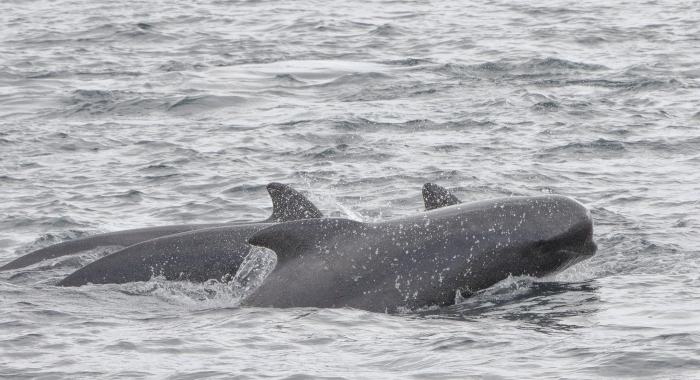 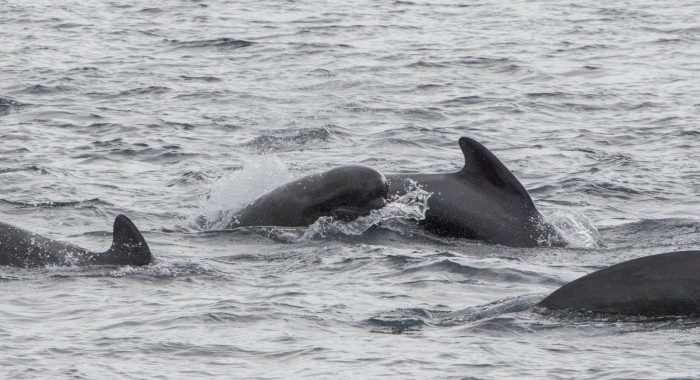 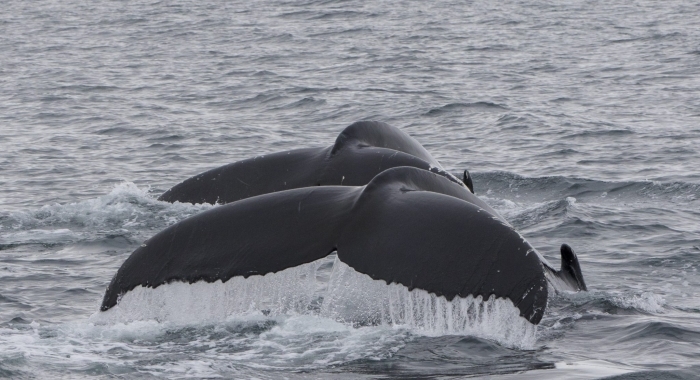 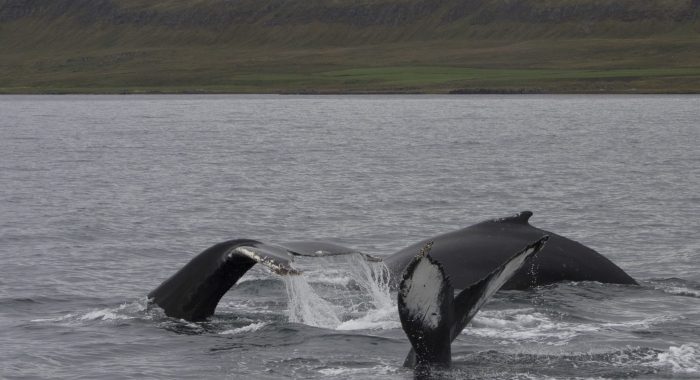 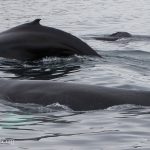 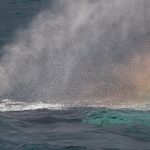