Home / whale diaries / More whales than passengers out of Hólmavík and of course no other boats with the whales!

Despite wind in other parts of west Iceland, causing our other whale watch to be cancelled, the water of our amazing fjord, Steingrímsfjörður, out from Hólmavík was glass calm this morning, being protected from that wind direction. In this glassy sea we had incredible encounters with white-beaked dolphins that came over to the bow to bow-ride for a long time, whilst other tried to distract us with huge leaps next to the boat. Amongst the dolphins, like so often, we saw a number of pilot whales also. Then, out where the humpbacks are we had great looks at the same three whales, once again travelling and deep feeding together.
In the afternoon the toothed whales were gone, but more humpbacks had moved in and our threesome had become a four, with another whale travelling together with Darwin, Torch and ‘no name’. These four gave us some amazing looks as we just drifted with them. There were many other humpbacks in the fjord, too many for us to get a look at all of them! There were more whales than passengers on board. Come and join us! Judith (Tour guide) 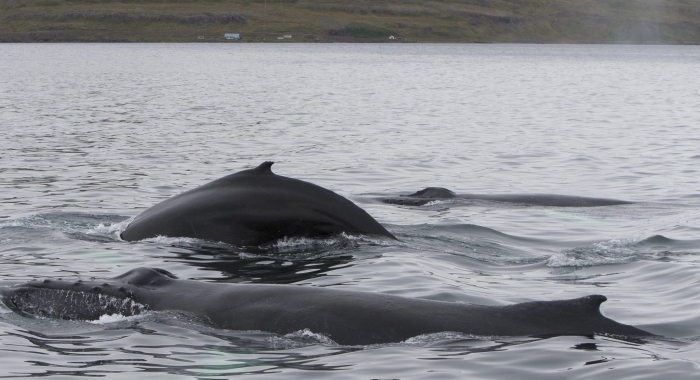 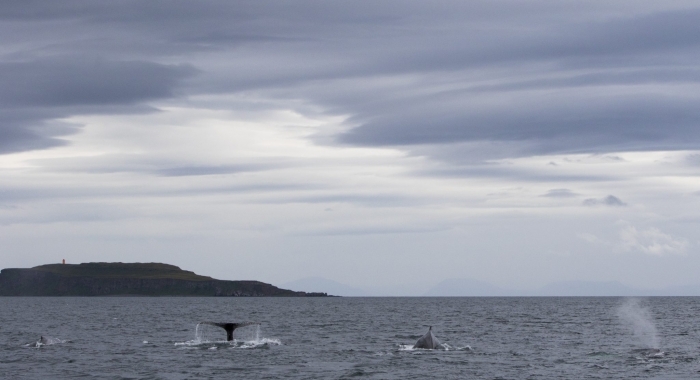 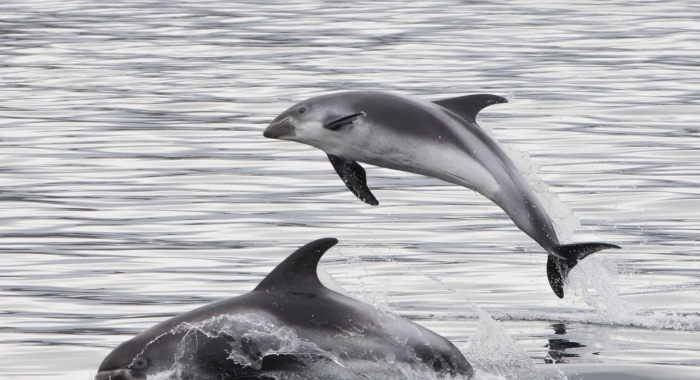 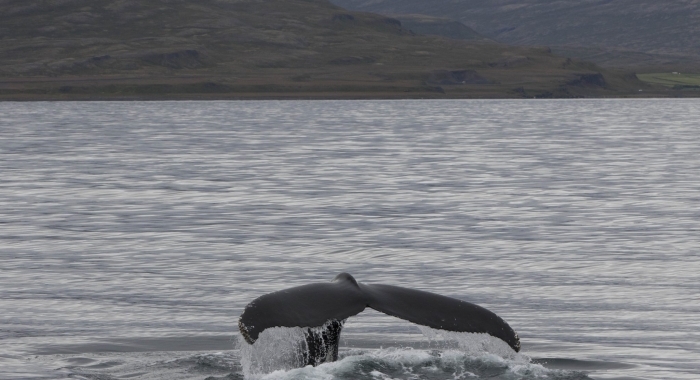 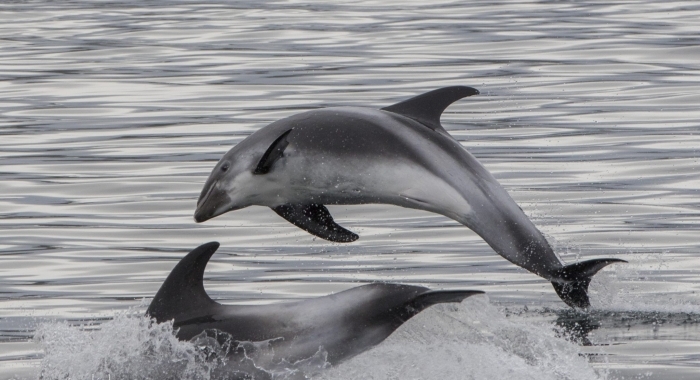 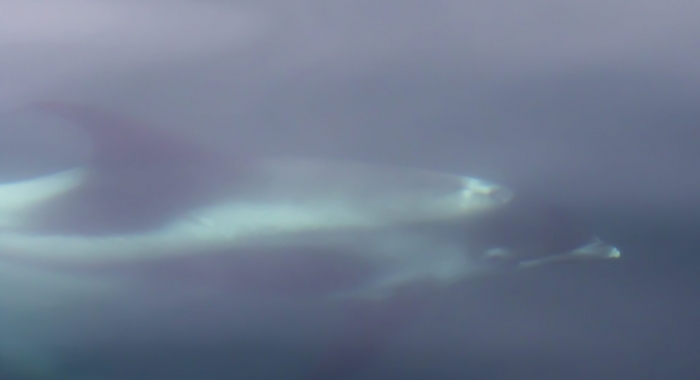 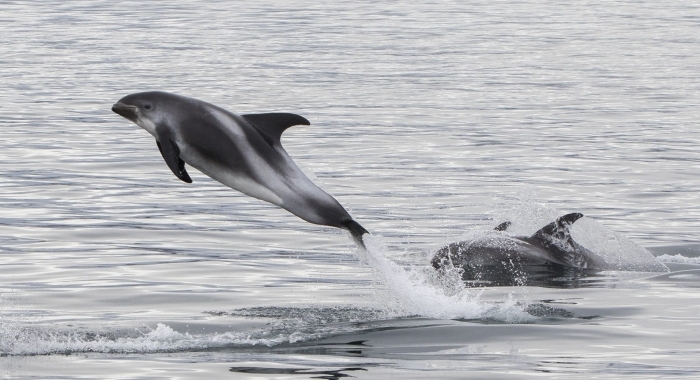 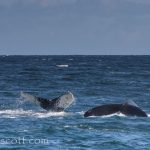 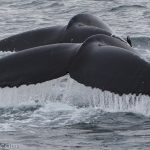