Our summer season has officially started

10/05/2016: Our summer season has officially started – and what a commencement we had! On our first trip of the summer we were greeted right away by two different groups of orcas! The orcas we see regularly around Snæfellsnes during springtime are out and about, followed around by lots of youngsters. We are having a bit of choppy seas at the moment, but that made for breathtaking views of the orcas surfing the waves and racing underneath the surface. We also spotted lots of puffins on our tour today, and there were still some gannets around. At the moment we are running only one tour per day, so reserve your spots early for the next weeks!
Marie (Tour Guide) 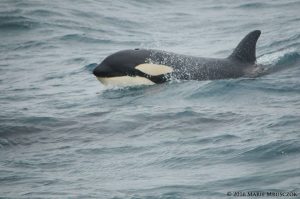 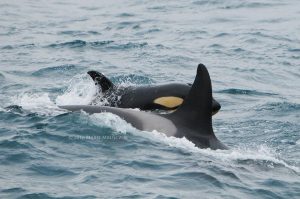 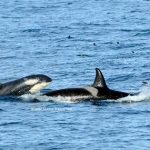 Last tour of our season, humpbacks, dolphins and ORCA! 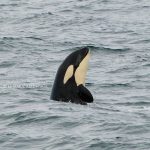 Juvenile and a newborn