Last tour of our season, humpbacks, dolphins and ORCA!

It was the last tour of our season – and what a grand finale! We had at least 7 humpback whales just outside the harbour of Ólafsvík resting in the surface and showing off their flukes. We got close looks at some of them, and when we decided to head further out, we could just go about two minutes before we came to the next two humpback whales. These were accompanied by white-beaked dolphins that approached the boat and zigzagged on our bow. Some dolphin calves were in this group as well! After we had left humpback whales and white-beaked dolphins, it did not take us long to spot the orcas. First we encountered one single male, but soon the other members of the family group would show themselves to us. We followed them on their busy travel towards East and observed them mostly from a distance, until one of the younger ones decided to race along the boat and make a close pass just underneath the surface. And there were at least 4 puffins next to our boat! After a cup of hot chocolate we got to see the humpback whales again while coming back to the harbour. It was a perfect ending to a successful season, and we hope to continue with good sightings in summer. Thank you for following our updates – see you in May!
Marie (Tour Guide) 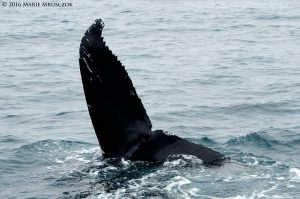 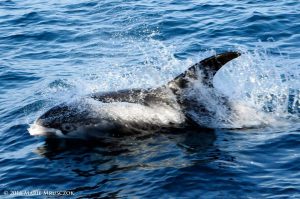 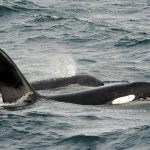 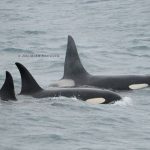 Our summer season has officially started