More humpbacks seem to be coming!

We had two lovely tours in Hólmavík today. The morning started glassy calm and sunny! The first two whales we found were sound asleep, resting half their brain while the other half kept reminding them to breathe. This is how whales and dolphins sleep. We left them in peace after getting a couple of looks at their slumber. We moved on to two other whales that were more awake, but taking long dives. However, at the end we found a whale that gave us some looks at its tail.
The afternoon tour was very lucky with a group of whales sighted out feeding under many puffins and Arctic terns. One whale breached twice, the first a BIG full breach right in front of Grimsey Island. I caught the splash on camera but not the whale, but least we all saw it with our eyes. After watching this whale surfacing from feeding dives a number of times, we went to another whale and this one started flipper slapping over and over again, sometimes so close to the boat. It also came over to check us out, looking up at the boat from behind us. We left it still rolling around flapping its pectoral fin on the water. Awesome tour! Judith (Tour guide)

Out in Snæfellsnes today they had multiple species on each tour. Sperm whales and white-beaked dolphins were seen on the morning tour and a Minke, sperm whales and again some tricky dolphins on the afternoon trip. 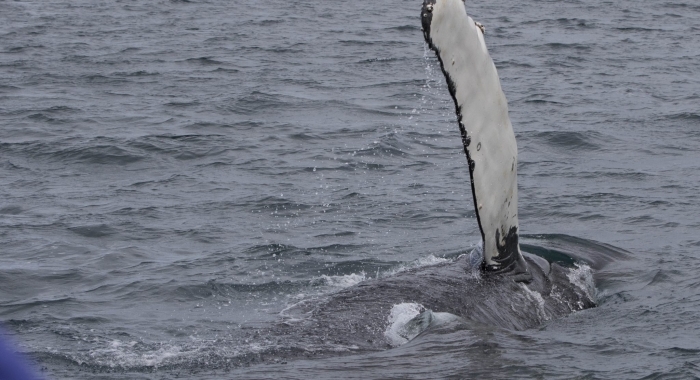 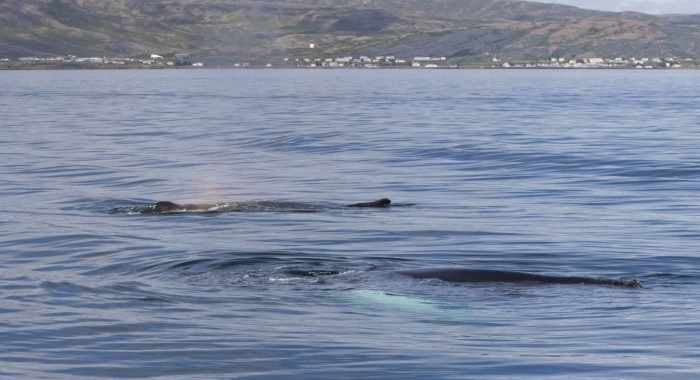 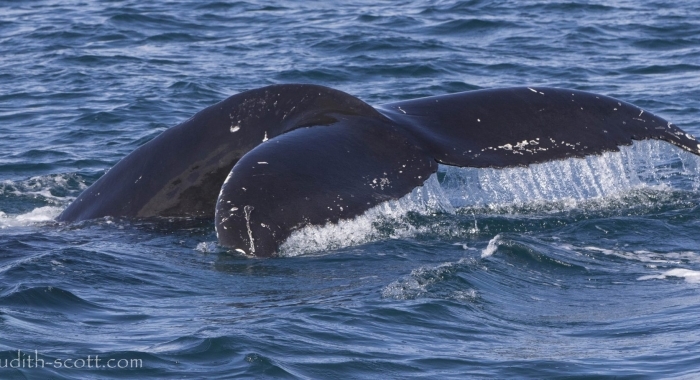 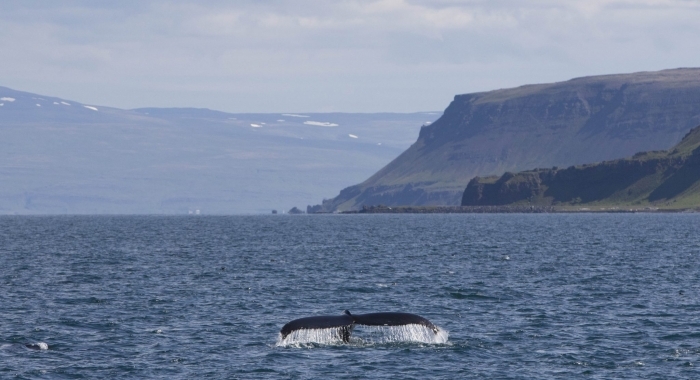 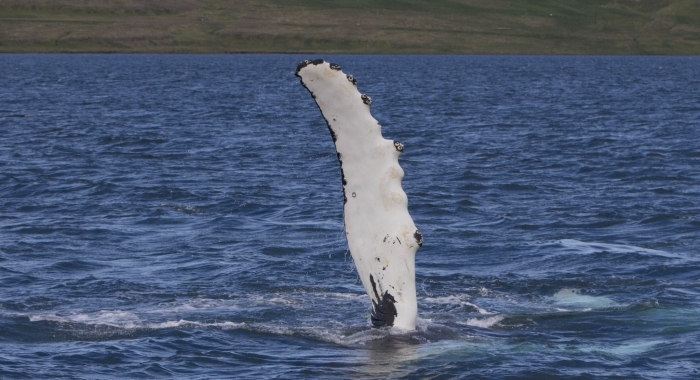 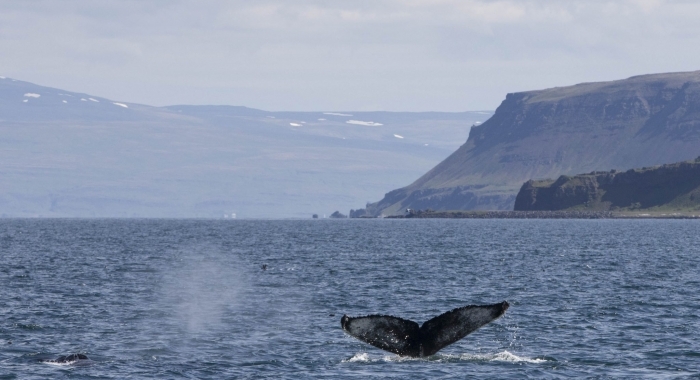 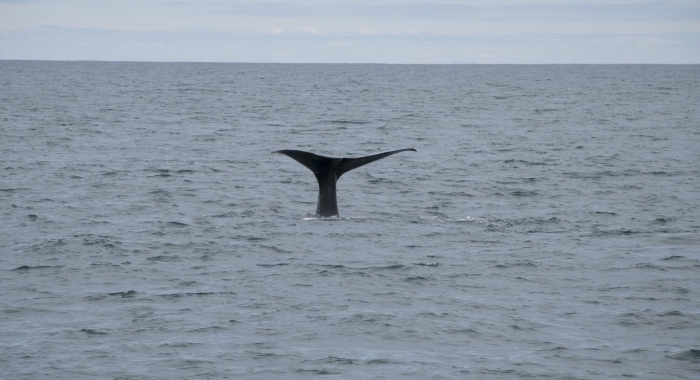 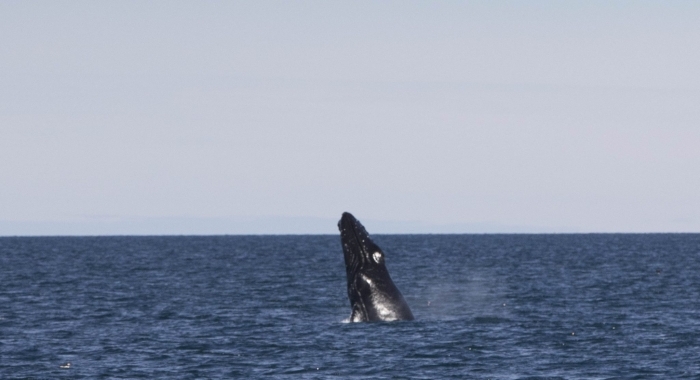 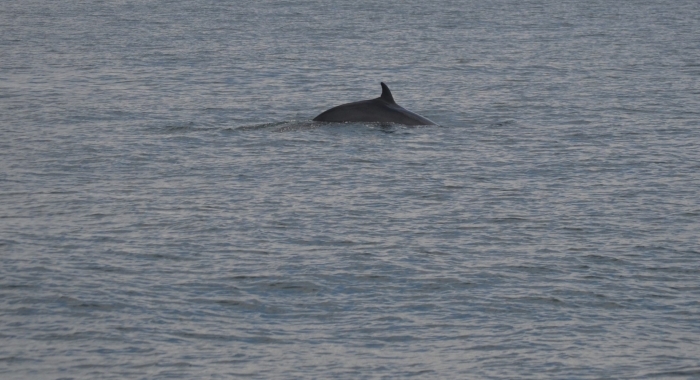 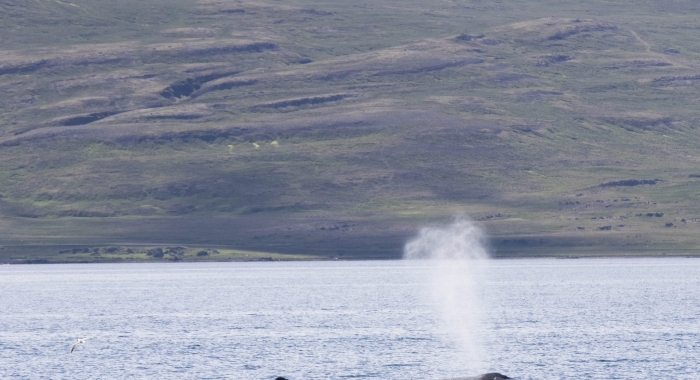 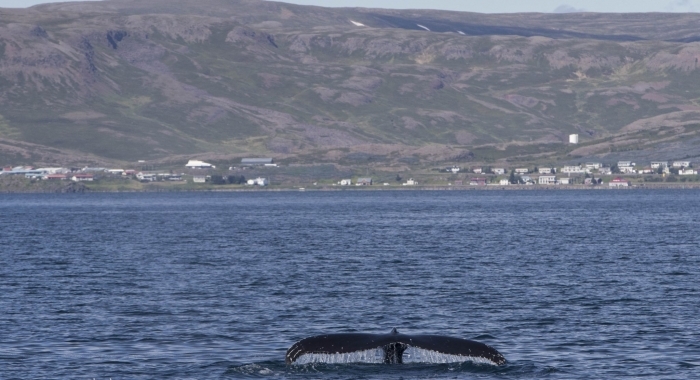 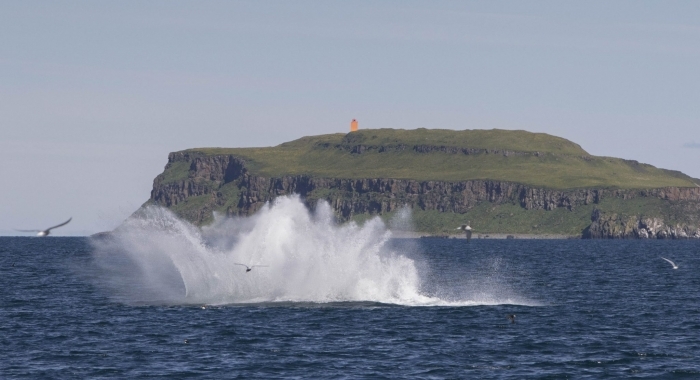 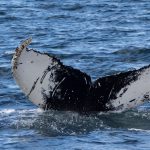 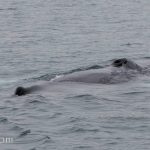 Humpbacks in the north and sperm whales in the west again