Many travelers come to Iceland in February to enjoy the snow covered nature and to watch the Northern Lights. Snaefellsnes is not only the perfect region to cover these things but offers more! In this region of Iceland you have the chance to see orcas, also called killer whales. Orcas are known for their long dorsal fins and black-and-white coloring. They feed during winter around Snaefellsnes on herring. For many travellers it is a dream seeing orcas in Iceland. Winter is a great time for orca watching in Iceland. We often see these very social mammals in February on our whale watching tours in Snaefellsnes.

Today we had a beautiful sunshine tour with orcas! With an impressive backdrop of a very snowy Snaefellsnes Peninsula, we watched at least 7 individuals, including two younger calves, as they were foraging and feeding.

At this time of the year our whale watching starts from Grundarfjordur located in the North of the peninsula Snaefellsnes in West Iceland. December and March have proven to be good months for orca winter sightings but we also see them regularly in February. Read more about our whale watching tour by clicking this LINK. 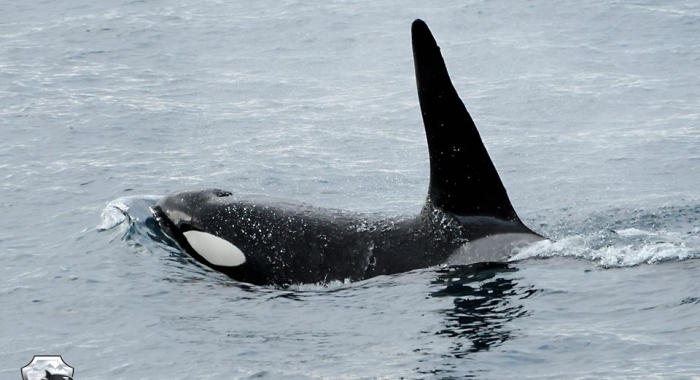 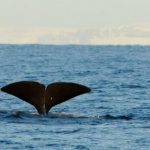 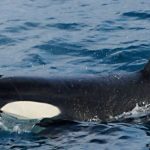