Home / whale diaries / Great tours in both our locations with pilot whales, humpbacks and dolphins

We had a five-species day at Snæfellsnes today!! On our morning trip, we started off by watching a Minke whale close to the harbour. At the peninsula tip we then spotted a humpback whale, and as we came back to the harbour, we were greeted by a playful group of white-beaked dolphins. On our afternoon tour, we encountered pilot whales that did several spy hops, and also had a look at another Minke whale. Marie (Spotter)

Out in Hólmavík we saw three species on the morning tour with our first sighting of pilot whales in Steingrímsfjörður this summer. The morning tour also saw a large group of white-beaked dolphins that were leaping fast in a line into the fjord. It was spectacular in the sunshine, surrounded by splashes. Then further out we spent time with the humpback whales that were deep feeding.
In the afternoon we also saw dolphins, a group that included a large number of mother and calf pairs. After getting a few looks at them, we went to an area where there were four humpbacks deep feeding and got some great looks at their huge tails as they went down for food, including our friend ‘Darwin’ again. Judith (Tour guide) 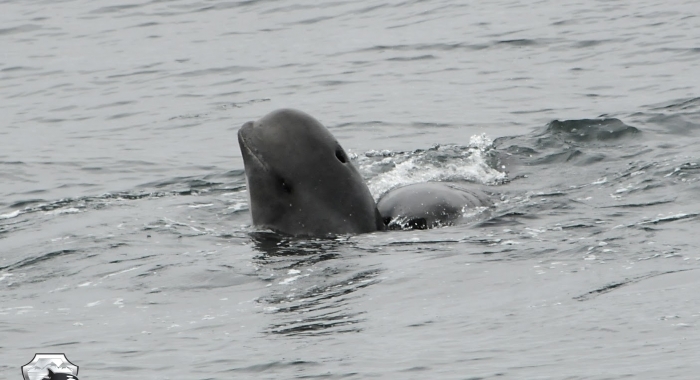 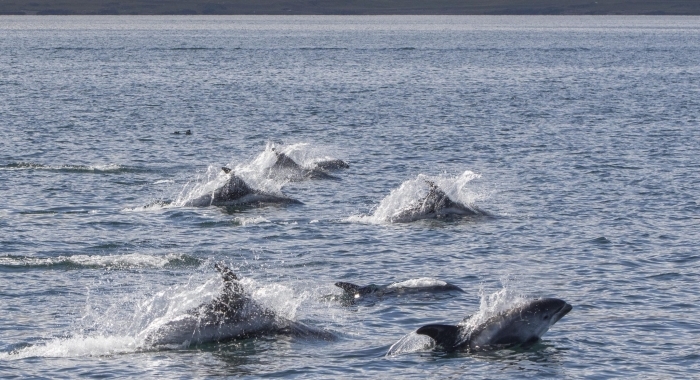 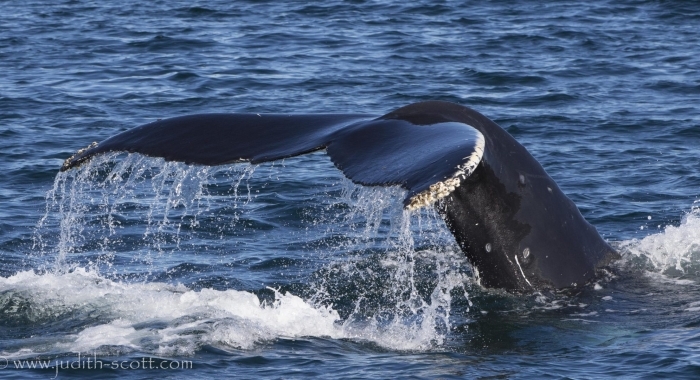 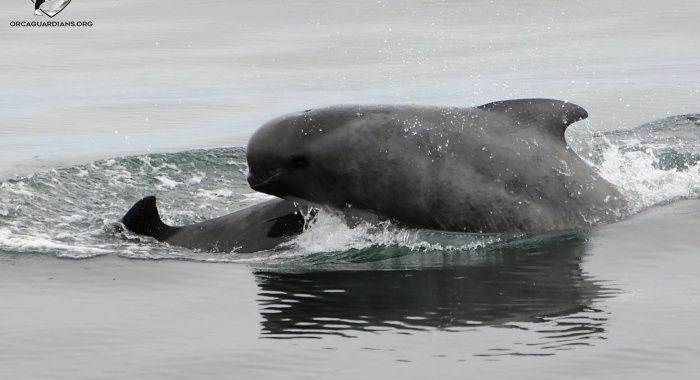 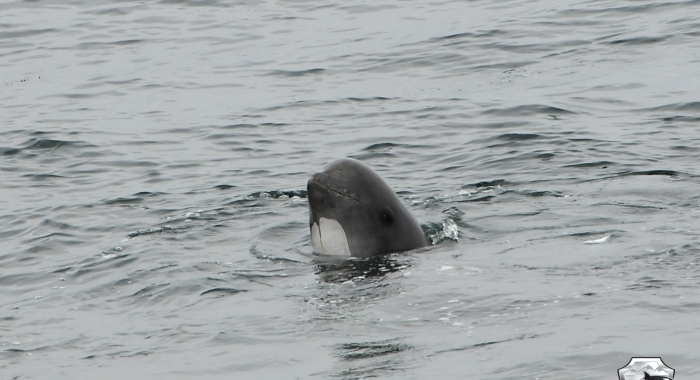 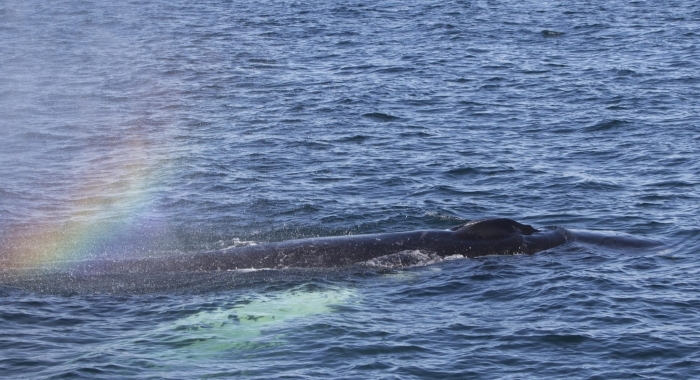 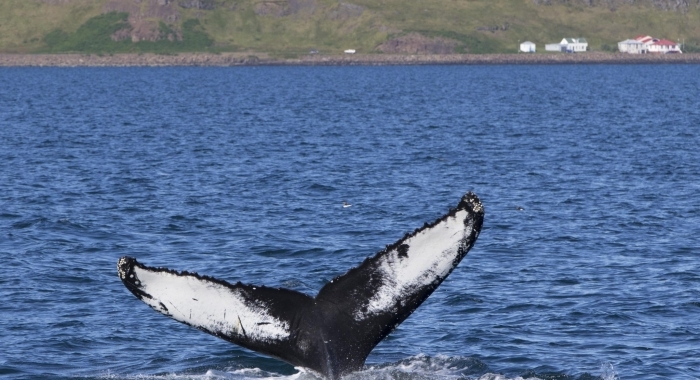 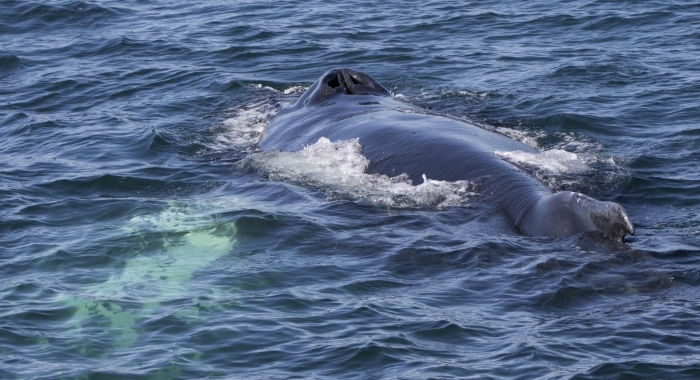 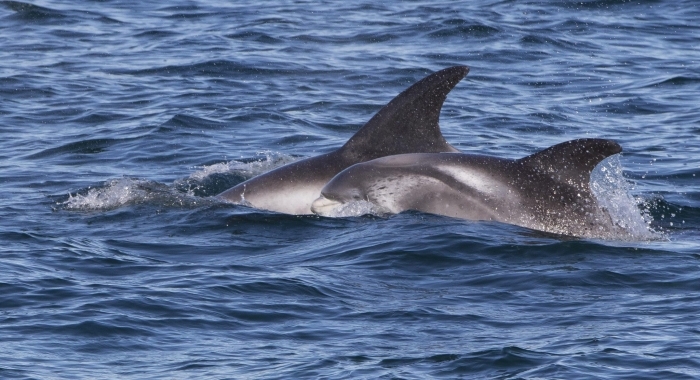 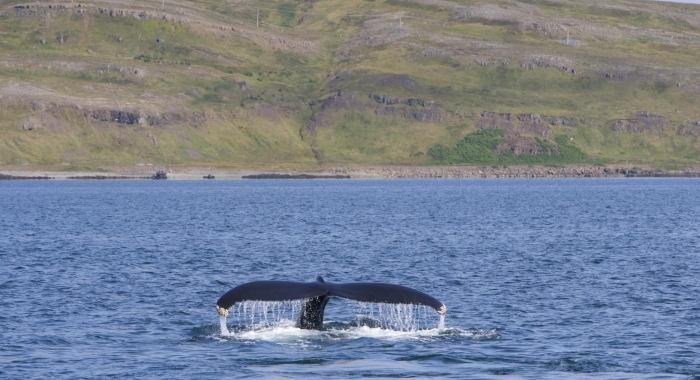 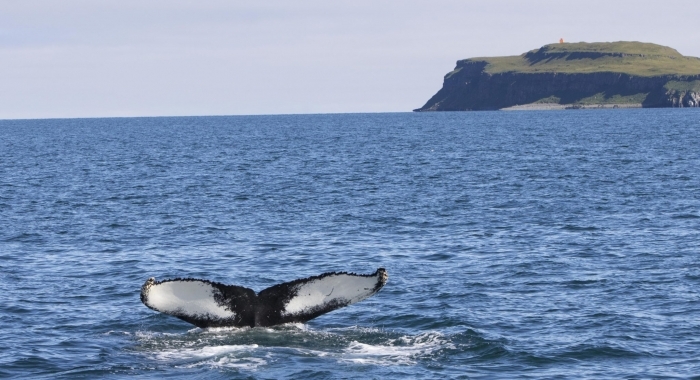 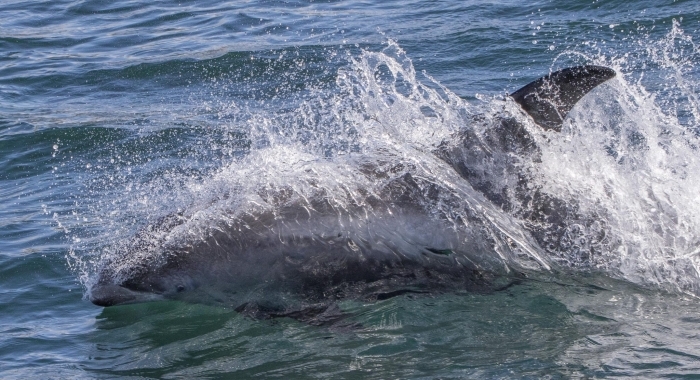 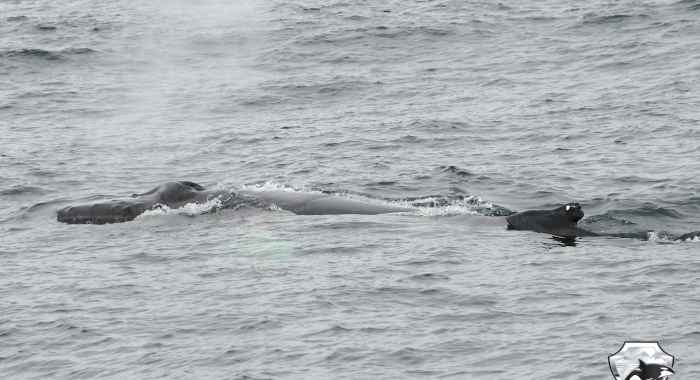 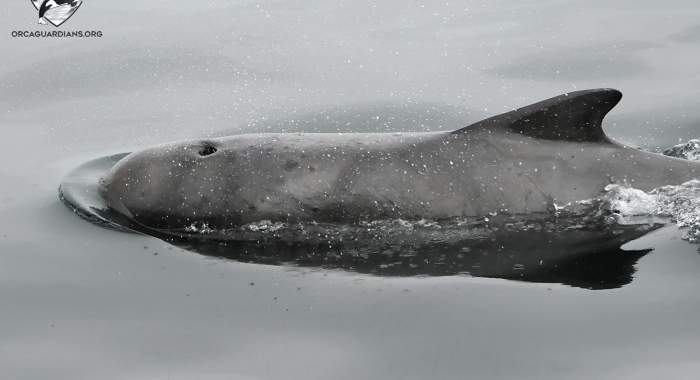 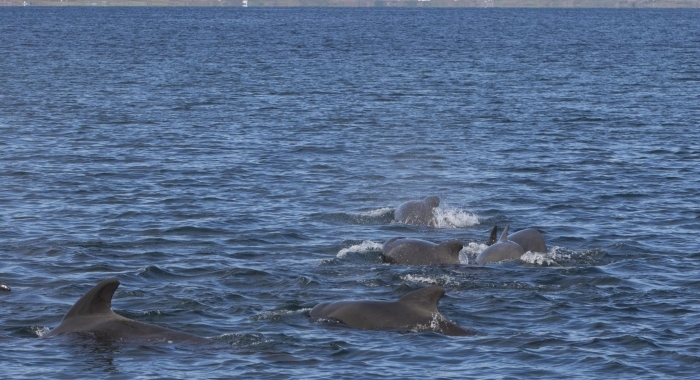 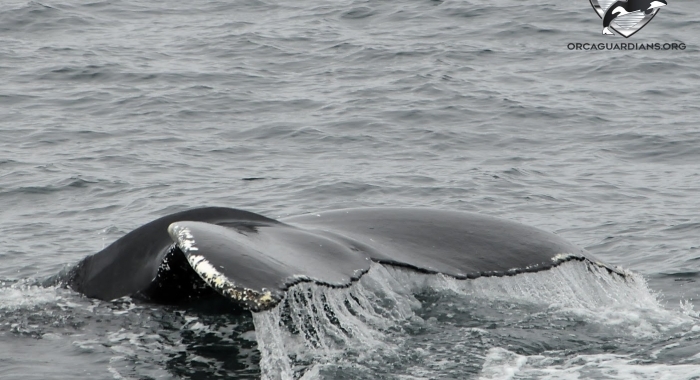 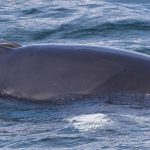 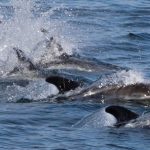