02/07/2017: Today we had three very different, but all successful whale watches out of Hólmavík. On the morning tour it started slow, with difficult humpbacks that were staying down a long time. But good things come to those who wait, and right at the end we had an incredible few minutes with the two most curious humpbacks we have yet seen here in Hólmavík (see video posted earlier).
The second tour also had a slow start and we had to drive all the way behind Grimsey Island before we found our first whale. It was a small humpback that when we first saw it was doing a little lunge feeding. It was surrounded by thousands of birds, mostly Arctic terns and many puffins. We then found another whale on the way home that gave us a great close look and a fluke.

On the third tour we saw three different humpbacks, all of which gave us great looks at their tails and were not taking long dives. One in particular was a new whale we had not seen here before, and it lifted its tail high out of the water and gave it a little swish on the way down! Judith (Tour guide) 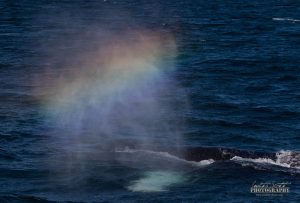 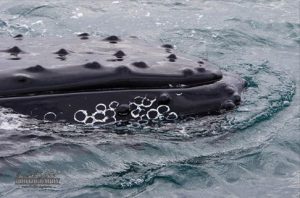 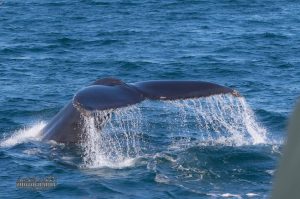 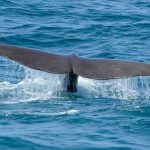 Choppy seas but an enjoyable ride 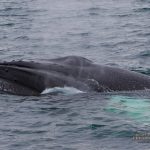